Official launch of the XIAOMI MIX 3, the world’s first phone with 5G connectivity!

Xiaomi this time fascinates us with its “sliding” design that will make sensors and camera appear. All this to get closer and closer to 100% Full Display, with frames now thin and without anything else on the Display. 😍

The successor to the Mi MIX 2S will have a slide-out design similar to the new Honor Magic 2 which will debut a few days later.

The Mi MIX 3 will be the fourth model in the series.

The ultimate goal of the main producers is to create a “full-screen” smartphone. To achieve this, it is necessary to hide the front camera, ie the most cumbersome component (earpiece and sensors take up less space). Xiaomi has moved the camera in the lower frame with the previous models, but the position is rather uncomfortable. The front camera of the Mi MIX 3 will instead be shown by scrolling down the screen (as you can see in the video). The slide-out mechanism will allow to exceed 90% of screen-to-body ratio.

The novelty of this new smartphone will surely be the introduction of sensors for 3D facial recognition and an in-display fingerprint reader.

The double rear camera has not changed and will be similar to that of the Mi 8.

Other possible technical specifications of the new XIAOMI smartphone are the following: 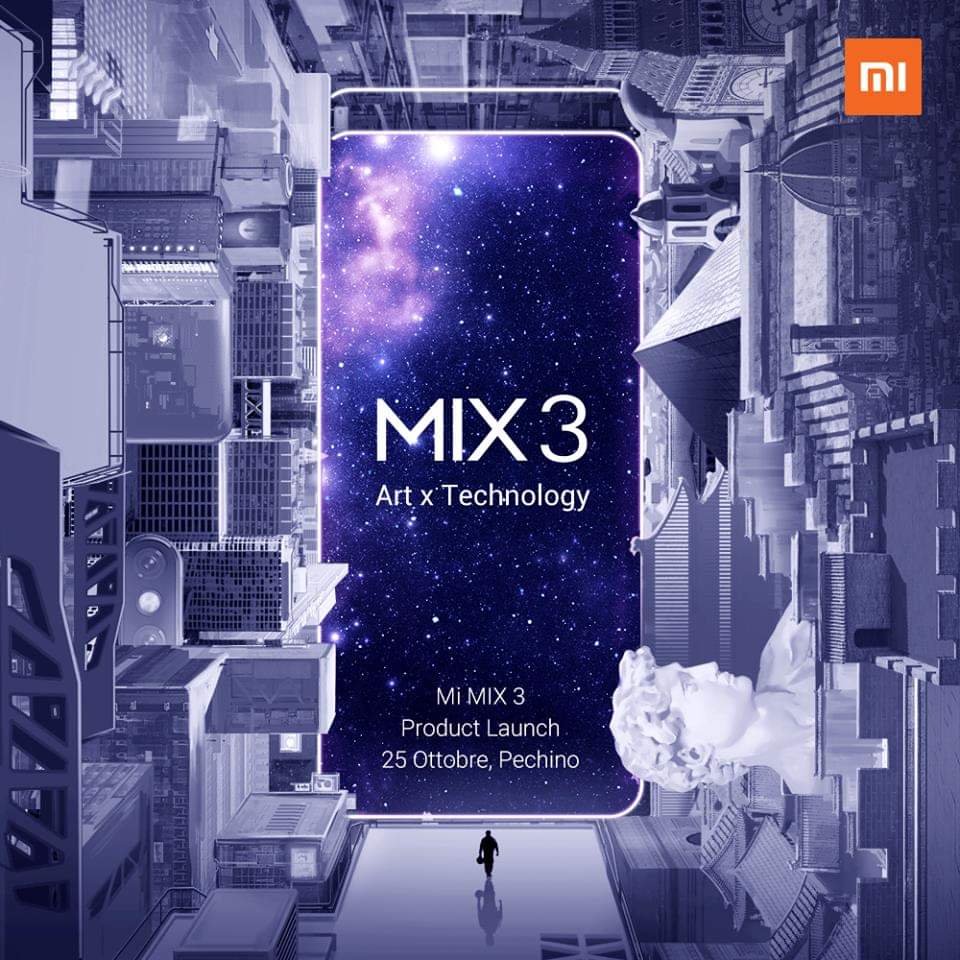 For the Software (S.O.) it is expected the presence of the new Android 9 Pie with MIUI 10 interface.

Donovan Sung, Head of Hardware, showed in September an image of a Mi MIX 3 with Chip 5G.

It is still unclear in which countries this version will be marketed. In Italy the auction for the allocation of frequencies has just ended.

It will still be several months before the activation of the service.

Manage Cookie Consent
To provide the best experiences, we use technologies such as cookies to store and / or access device information. Consent to these technologies will allow us to process data such as browsing behavior or unique IDs on this site. Not consenting or withdrawing consent may adversely affect some features and functions.
Manage options Manage services Manage vendors Read more about these purposes
View preferences
{title} {title} {title}