ALL THE NEW APPLE LAST NEWS

A few days before the March 25 event where new subscription services offered by apple were presented, new products were added to the store.

The AirPods 2 were presented, which allow Siri to be activated with the voice and have a new wireless charging case. 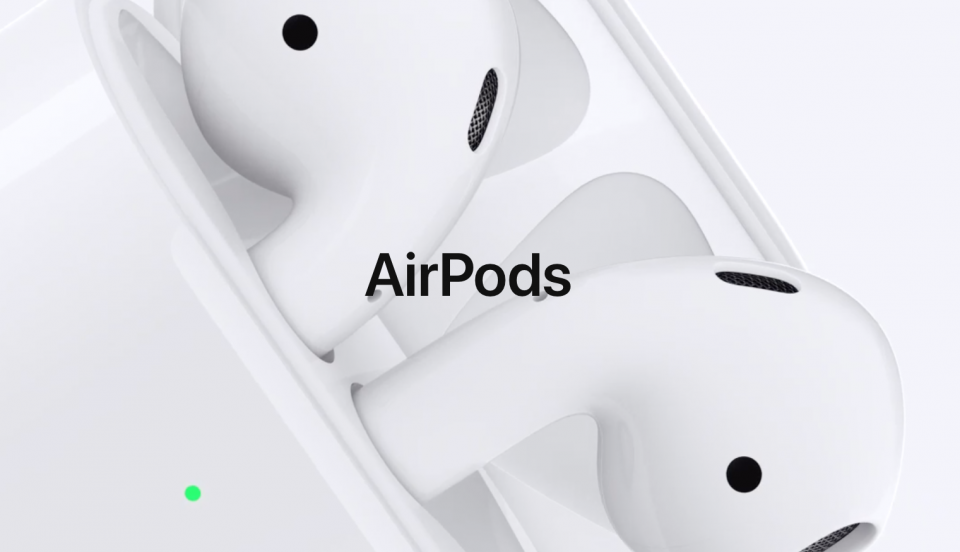 Thanks to the new Apple H1 chip, AirPods connect to devices in less time and in a more stable way: they are up to twice as fast when you switch from one active device to another, and the audio connection for phone calls is one and a half times faster. The H1 chip also allows Siri to be activated with voice and reduces latency in video games by up to 30%.

The case has been equipped with a LED that allows you to see the headphone charging status.

The new iPad Air was presented with the new Bionic A12 chip with Neural Engine, a splendid 10.5 “Retina display with True Tone, and the versatility of Apple Pencil and Smart Keyboard. All in less than 500 grams and 6 , 1 mm thick: a lot more power, in the lightness of all time.

The new iPad mini with the new A12 Bionic chip with Neural Engine, the 7.9 “Retina display with True Tone technology, and Apple Pencil to capture your ideas wherever the inspiration takes you is always presented. , more and more grandiose.

One of the new features is the new streaming service offered by apple, a sort of competitor to Netflix.

The new service available from autumn, will allow access to films, documentaries, series of three programs created exclusively for apple, made in collaboration with major international stars such as Steven Spielberg, Steve Carell and jennifer Aniston, Reese Whiterspoon, Oprah Winfrey, Night Shymalan , Octavia Spencer and JJ Abrams, On demand, without ads and directly from the Apple TV app.

Apple also introduced the new Apple TV and the Apple channels, coming in May this year.

The application will be redesigned and will also be universally available (announced the arrival in a hundred countries, including Italy where there is now no version) for iPhone, iPad, Apple TV, Mac, smart TV and streaming devices.

More than 100 crazy games arrive, which redefine the possibilities of storytelling and design.

In a single unrivaled subscription, it’s Apple Arcade, and it will be on the App Store in the fall.

Available on all devices, Apple tv, Mac, iPad, iPhone and you can switch from one device to another without losing the saves.

You can also use it offline and the subscription can be shared with the family, you can have up to 6 subscriptions.

Apple has joined forces with some of the world’s most innovative developers to push gaming beyond the limits of the possible.

The first news, even if the rumor goes back to last year, unveiled by Apple during the event is a new service of subscription newspapers and magazines. This is Apple News + a sort of enhancement of the Apple application dedicated to the personalized selection of news that with the new service will include all digital magazines in a single package.

Apple News + is based on the technologies of a company purchased last year and can be seen as a free-to-use digital newsstand after paying an entrance ticket. Once you have paid a subscription, you can read all the newspapers and magazines that have an agreement with Apple.

The innovation starts from the covers, like that of the National Geographic which is completely animated and not just a PDF to browse through (practically a mini-video), a click and you enter the magazine and browse through it completely. Each article is built to be read with extreme usability on any device, from smartphones to tablets, and with a swipe you move from one article to another within the same magazine.

Inside Apple News + there is a section that allows you to search for the individual articles of all the magazines, with a personalized tab on the tastes of the user and one that collects the most recent news: everything is personalized by the curators of Apple.

The service, which will cost $ 9.99 a month ( about € 8.90 euros), will debut in the US and Canada. In Europe it will arrive in autumn starting from the United Kingdom. As for the launch in Italy, we won’t talk about it for now. In our country we have not even seen Apple News, which in other countries is a real app, while in Italy it is just a widget, which should be the ancestor of Apple News +.

The announced Apple credit card has also arrived, which is simply called Apple Card and is a payment service dedicated to iPhone, iPad and Mac owners.

In practice, Apple and the investment and financial services bank have created a virtual credit card (but there is also a physical version) that is placed in the wallet.

The card is accepted wherever Apple Pay is accepted as payments and, as you can imagine, offers integrated features in iOS that allow you to see how much, how and where we spent, in a clearer way, because it locates the payment and instead having strange codes will be clearly written where we spent the money.

You can receive assistance through iMessage, The card is based on an alliance with MasterCard.

The security of this card will be very high, because on the physical card the card data will not be written and therefore if it is lost it will not be possible to make online purchases.

For each online purchase a unique random code will be created, which will be seen by the seller instead of the card details.

In addition to this being then closely connected to its devices, Apple encourages its adoption and use as a platform for purchase in its stores and also on its online stores with a rewards program, the possibility of obtaining “prizes” in cash for every transaction made (the so-called Daily Cash), from 1% to 3% on the amount spent.

abbonamentiAppleevento applenuovi prodottiservizi
Prev post Play Google Chrome's T-Rex in Offline mode
Next post What is 5G? All you need to know